I promised myself that this year I would try to learn as many new things as I could.

To push my brain to it’s limits.

RSD patients can be found to have  damage to the same parts of their brains as stroke victims or Alzheimer patients. Part of my testing for my ketamine infusions made me all to aware of just how far my condition has messed with my brain. Part of the very reason that we have RSD at all is because the wiring in our brains has some how gotten all messed up and the pain signals have become confused somewhere along the way. Thereby making the simplest little tasks sometimes very challenging.

This little project took me almost 3 hours. Interrupted by making dinner, but three hours nonetheless. I was so confused while I was trying to do it. But I did it. And my brain held up. Now I’m just exhausted. It’s not perfect nor exactly how I really wanted it, which was the hardest part for me- allowing myself to say something was finished before I considered it “perfect.”  Nonetheless, I was so proud of myself when I finished it. Though it was very difficult for me to complete this task, very confusing, I did it!  Just don’t ask me to do it again 😉

– PS- I should get “bonus points” – because this photo is of my teenage daughter and though she is beautiful and I love her, teenage girls are nothing if not confusing!!

I should not be writing a blog.

I should figure out why this is typing in blue…. 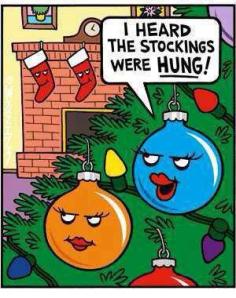 If memory serves, my younger sister Rachel emailed that cartoon to me back before I even had a fb acct. ( now that’s a long time ago.) It  just never gets old for me. Must be the balls 😉

Though my most recent photo session with Kevin of Soul Imagery looks more New Year’s Eve than Christmas, I still felt like sharing it with my favorite Christmas cartoon. I get so excited when I see his name on my messenger list. That part feels a bit like Christmas. I love to see the results of our work together.  Just got 2 more photos back from the day we spent at Adrienne’s Inn at Center Park. Still hoping to get to shoot there again~hopefully while I still have these long locks! 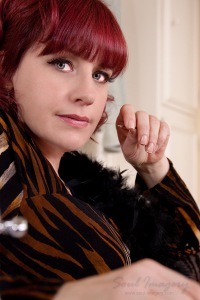 ” But if you’re thinking

I can’t believe it’s actually come to this.

I’ve got to spell things out for people.

Senseless tragedy in the world and people in this small little town have nothing better to do than speculate as to how much I’ve paid for my recent treat to myself.(answer a whole lot less than you can possibly imagine~!) I drive a 20 year old car and people are bent out of shape because I went and did something to make myself feel better. I have some nerve!

I wish I was as curiously involved in one tiny little modicum of other peoples’ lives as much as people seem to be ingrained in the daily happenings of mine. Over what I am wearing, what I am doing, what I’ve purchased recently. ( which is not much, actually).

It’s so odd to me that people think that once they’ve held a fundraiser to assist with your medical bills that it somehow now gives them carte blanche to judge everything and anything that you do for the rest of your life. I swear I don’t understand people. As if I make no other income, only what I gathered at the fundraiser. As if I should never do anything else again.

I’ve gotten static about the photos I’ve posted. About how much I payed Soul Imagery to take my photos… and not that it’s anyone’s business but I will answer this…I met Kevin in a photography group. I model for him. Kevin is my friend that does photography. I’m very proud of his work and I simply love to play dress up. We work very well together. He has taught me an awful lot.

Playing dress up affords me a few hours of escaping my reality.Reality with a chronic disease can sometimes really suck. It’s a reality that consists of a disease that is rated higher on the pain scale than any other disease known to man. A reality that consists of intense muscle spasms that render some of my body parts useless from time to time. A reality that makes eating difficult and digestion sometimes near to impossible. A reality that makes it too painful to sleep on my ears or to stay in one position for any length of time. The realities of my disease are too numerous to list and too upsetting for most people to read or comprehend let alone for me to even mention, so I usually don’t. And unless you are my husband, or my family or a very close friend, you won’t hear me complain, either.  But because I go out of my way to look good when I leave this house, people fail to see me as sick. Let alone grasp my reality. 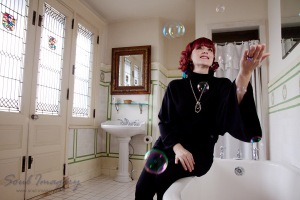 Because I go out of my way to appear as “normal” as possible, people just don’t understand. I honestly think that some people would prefer to see me looking like death, hunched over in wheelchair, swollen, discolored and writhing in pain. To them, then I would actually *be* sick.  They only see the “best” of me because that is all I allow people to see. I don’t allow people to see me at my worst.

This week I decided I needed a change. I haven’t been feeling my best. So, because I have access to a full compliment of womanly wishes (with wonderful employee rates) where I work part time, ( it’s a hair salon),  I decided I’d see if I could stand extensions. We were afraid they’d hurt or I wouldn’t be able to stand them for long, but it’s been almost a week and so far so good. Except they itch. A lot. So they may end up being short lived. Which is a shame, because I really like them, and I’d love to play dress up while I still have them.

I don’t think I will ever stop people from being in my business and I’m not sure why they feel that it’s ok to be so nosy and so judgmental.  Some of my close friends think I should feel flattered that people find me that interesting. I’m not flattered. I feel sad for those nosy judgmental people.  Sad because I can’t imagine what they must be lacking to be so concerned with what others are doing.  Sad because if they are so interested in me, they must lead very boring lives. People like that usually only want to feel superior to you for one reason or another, be it jealousy or be it a quality that you possess that  they can’t seem to cultivate. They will sit on their self made throne and judge you,  but in reality you know that they are only judging you for some inadequacy they have found within themselves.

I simply have no room in my reality for people like that any more.

or feel free to make up your own clever title. I’m at a loss.

I’m so lucky that I am a grown up who still gets to play dress up.

Today it rained. Not just rain. Think monsoon. And gale force winds +rain. (just so you know, there is also a sort of Hope who likes a good hyperbole now and again, usually more now than just again.)

I spent most of the day in the kitchen. Weather tends to make the physical me grumpy so I seek refuge and distraction whereever and however I can.

I was restless. All activities were cancelled.

My daughter sat at the kitchen table for awhile and worked on posters to put on the golf teams’ lockers. It was a job assigned to her by her cheerleading coach. Each cheerleader got a different sport. She got Golf. We giggled for a little bit when we tried to figure out that if she *had* to actually cheer for golf- what would a golf cheer actually sound like ?
( I’ll let you mull that over in your head, I’m too much of a lady to type this out. We don’t know each other well enough for that , yet.)

After finishing that homework, I was still restless. The rain continued. I asked Natalia if she would mind posing in the rain for me. I’ve been wanting to try some more editing styles.

I’m fairly certain that once again, we’ve made magic.

I know I have some work to do on some of my editing styles but I sure had fun practicing.

AND I always have fun with my best gal. This took us less than 5 minutes to prepare for but I’ve been editing for about 2 hours.  ( it’s that great technology of mine again!)

I hope you enjoy them as much as we enjoyed doing this.

Lots of work to do on this. Selective color. Then more edit. I see where I need work. I’ll get there.